Clip vs Magazine. What Do They Actually Mean?

There is a lot of confusion surrounding some of the terms in the firearm community in general, and with words like suppressors, carbines, and wadcutter rounds who can blame people? However, probably the two most commonly used (and more often than not, misused) terms outside the firearm community are clips and magazines. People tend to confuse the two and sometimes even use the terms synonymously. Today, I hope to put all the confusion to rest between the definition and uses between a clip vs mag.

Let’s start by clarifying what a magazine is, which is what most people are probably referring to when they say magazine or clip. A magazine is a spring-loaded box or case, usually made from some sort of metal or polymer, that holds ammunition and is loaded into the gun. The magazine feeds the ammunition into the barrel of the gun for firing. When the gun fires, the spring-loaded magazine pushes another round into the firing chamber. Some good examples of this are the  Remington 10 round magazine for rifles or the Magpul GL9 17 round magazine. 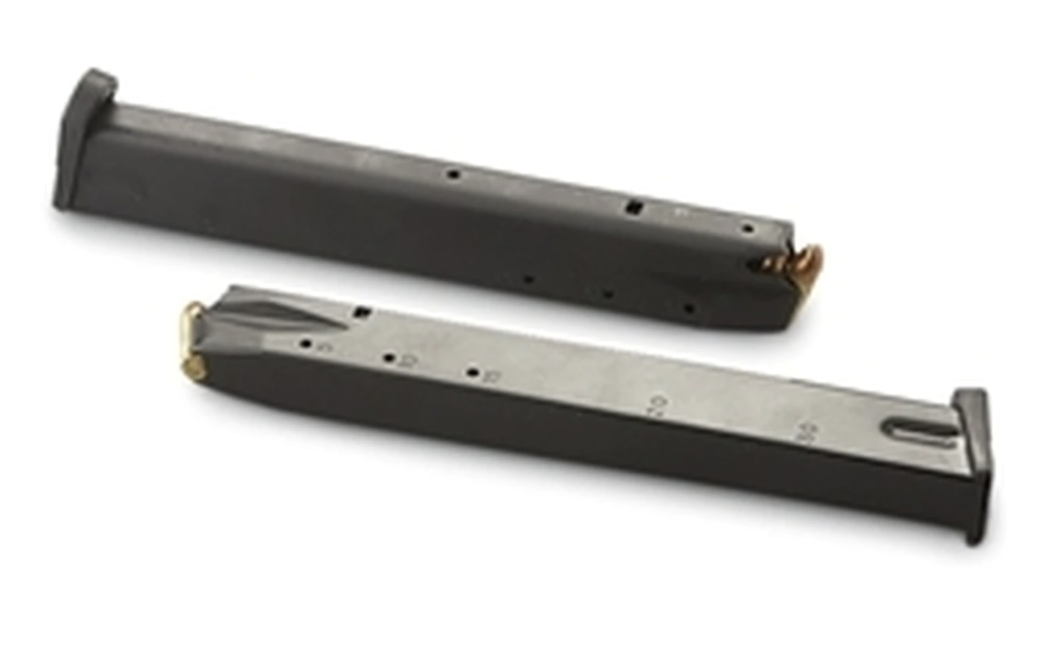 The word Magazine comes from the French word for “storehouse” or “storage place,” likely where gunpowder and weapons were kept. When weapons became smaller and could hold cartridges within the firearm itself, the detachable box that held the bullets adopted the same name.

The first modern detachable magazines were developed in the early 20th century. Weapons development really took off in the 1900s because of the two World Wars that took place nearly back to back. Early firearms were single shot and needed to be reloaded every single time the gun was fired. With the development of multiple barrels, revolving wheels, and eventually clips, the ability to fire off multiple rounds before having to reload was now possible. However, it wasn’t until the development of gun magazines that the reload process became a lot quicker. Magazines could hold multiple rounds and be easily detached and reloaded for quicker firing rates. 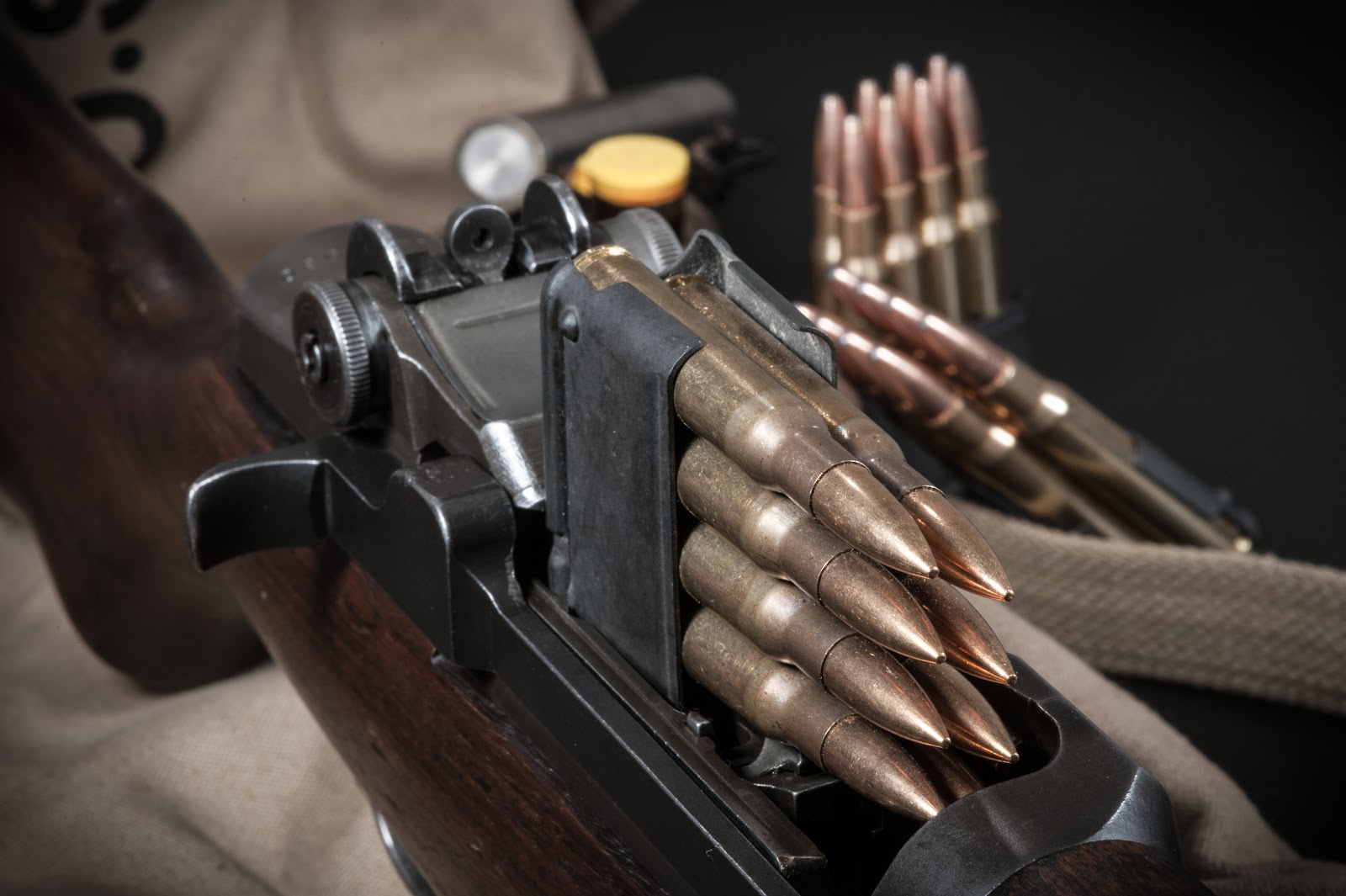 Almost all guns, with the exception of single-shot firearms and revolvers, all use magazines to store their ammunition.

All About Gun Clips

So what is a gun clip? Doing a quick Google search of the phrase “gun clip” might bring up some pretty misleading results like “banana clips” sticking out of an AK-47. The thing is, you might end up getting images of magazines more than an actual image of a clip. Also, the reason why magazines curve in a circular pattern are because the rounds are smaller on one side. Some good examples of this are on  AK-47 magazines. We’ll get to why that is later, but for now we’ll answer the first question. A clip is a device that is used to store cartridges together as a unit for insertion into the magazine or cylinder of a firearm. So basically, you load ammunition onto a clip, you use the clip to fill the mag and you insert the mag into the gun. 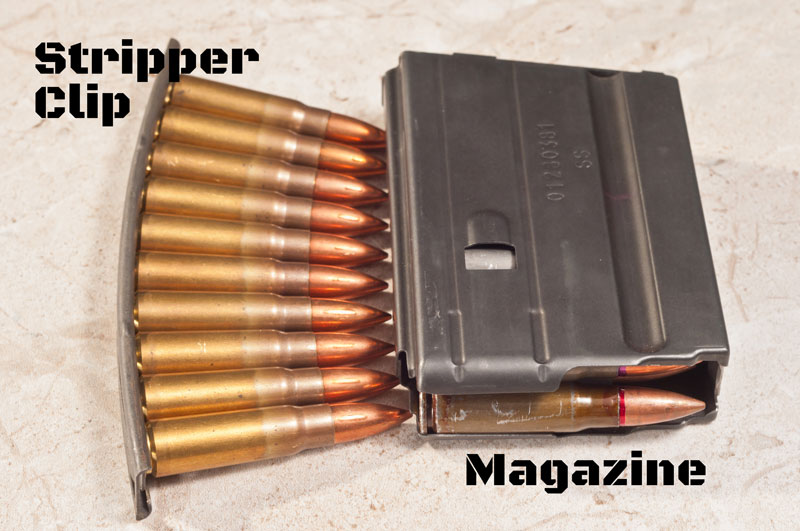 There are two main varieties of clips called en-bloc clips and stripper clips. A stripper clip does exactly what the name implies, it stores the cartridges in a single-column strip and can be pushed into magazines or certain types of firearms. The en-bloc clip is a bit more enclosed and holds rounds in a zig-zag two-column orientation. There are other less common clips for guns like revolvers which use full-moon and half-moon clips to load their chambers. Each variation serves a different purpose but they all essentially do the same thing. 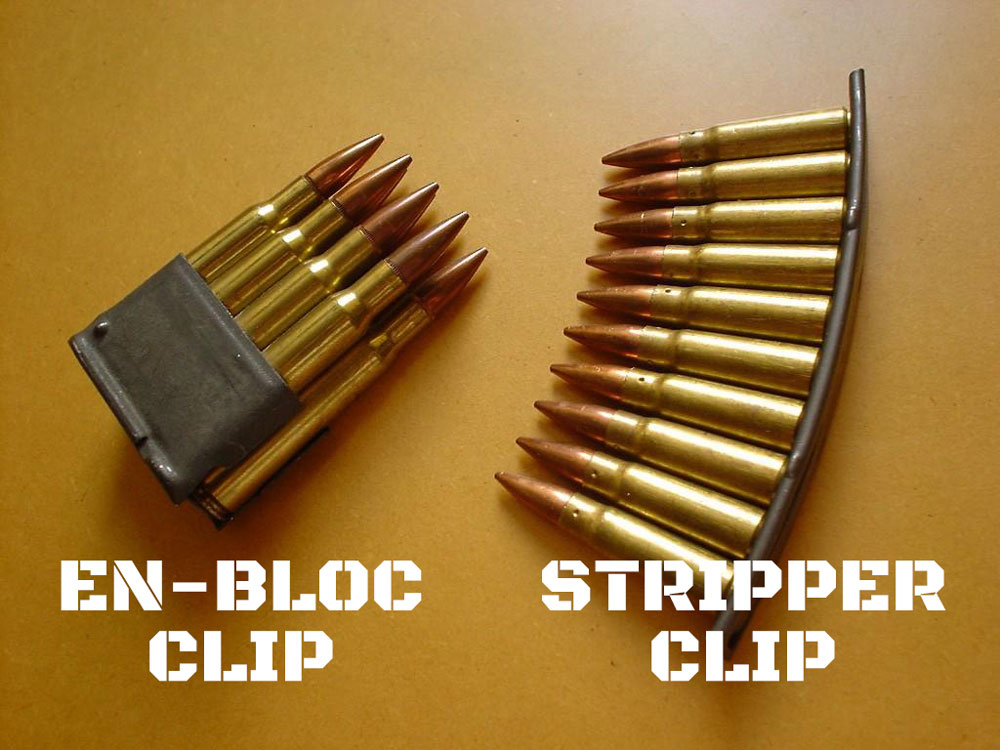 There are actually a few guns that require being loaded with clips. Attentive readers may have spotted that sentence in the first section, but clips were actually invented before detachable magazines were! During World War II there were a few weapons that had their magazines attached, the most famous probably being the M1 Garand. This rifle required an 8-round en bloc clip to be loaded directly into the top of the magazine and ejected the clip when the firing chamber was empty. Other well known World War II weapons that required being loaded by a clip were the SKS-45 Soviet union rifle and the Mauser C96 pistol. These guns required stripper clips instead of en-bloc clips. 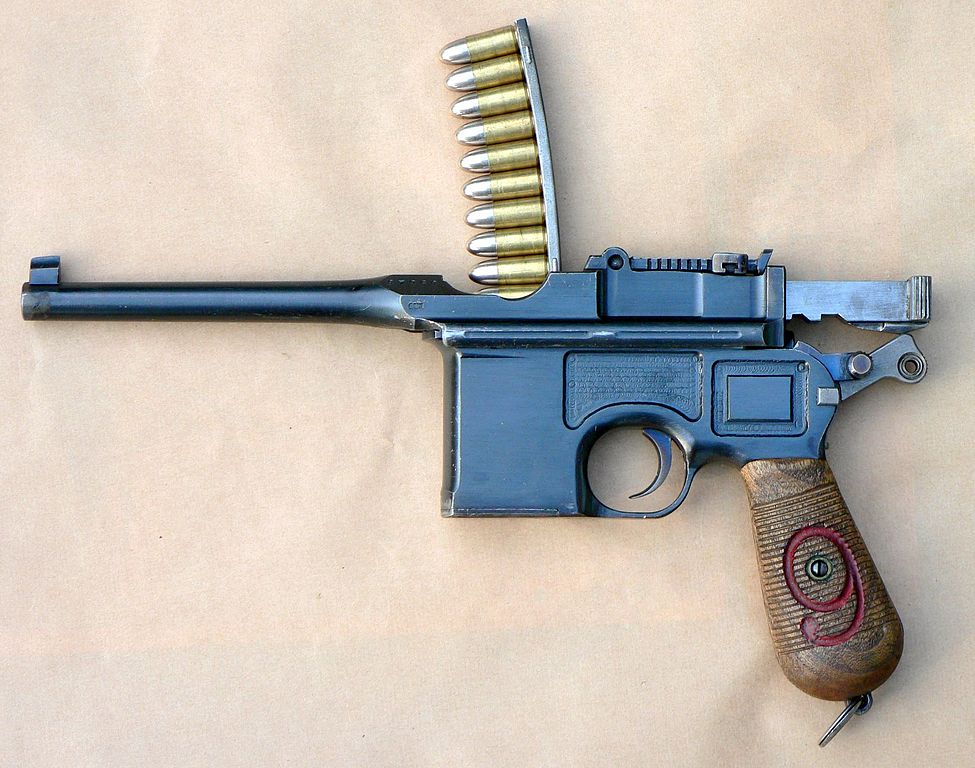 Nowadays, it’s rare for a magazine to be loaded with a clip but some mags still can be loaded this way.

Why Is a Gun Clip Called a Magazine?

So now that we know the difference between the two, when did people start confusing the terms? Well, our answer likely comes from the Second World War as well.

As we said in the previous paragraph, the M1 Garand utilized en-bloc clips in order to load the cartridges. This rifle was used by the US army in WWII and until the Korean war. The reason people probably confuse the two is because after this time period, if a soldier who used a M1 Garand saw any sort of detachable ammunition case he would probably identify it as a clip because that’s what he would use when he was in the army.

So that’s why people sometimes confuse the two, but now you have no excuse! Go share your newfound knowledge with the world or just share this blog with someone who might enjoy the read.